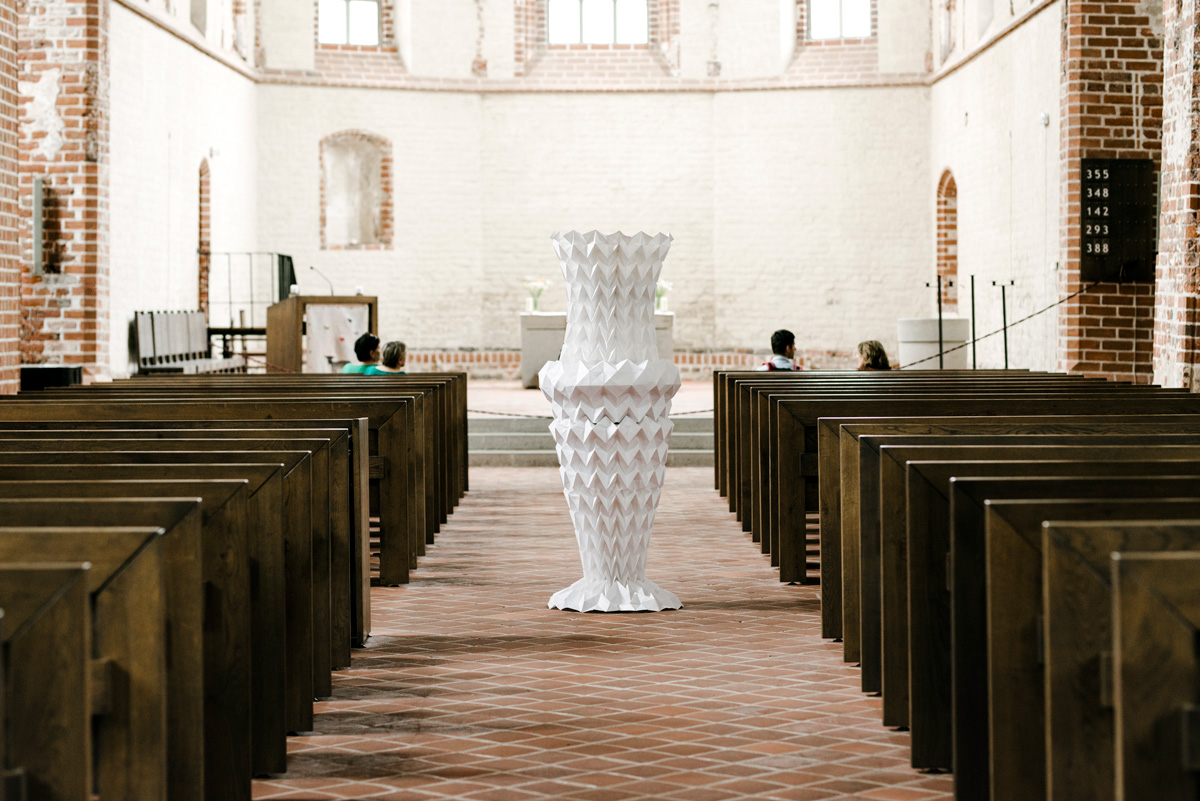 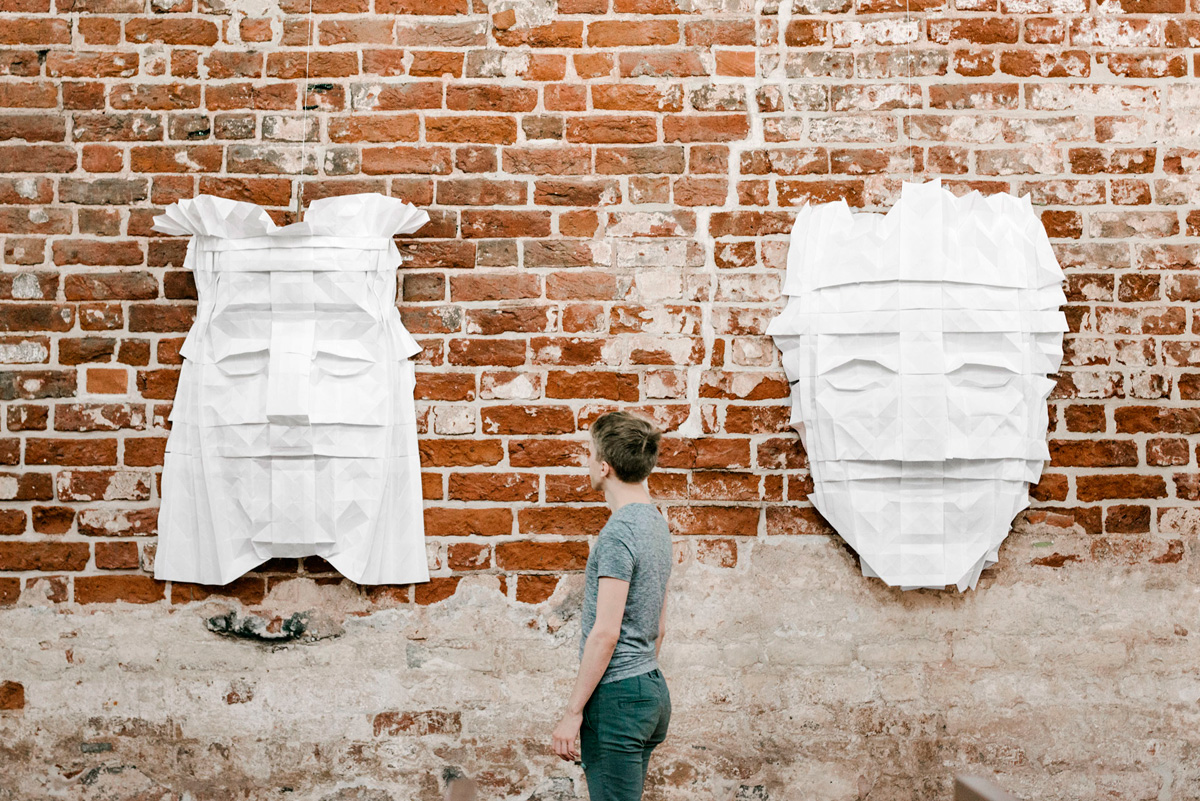 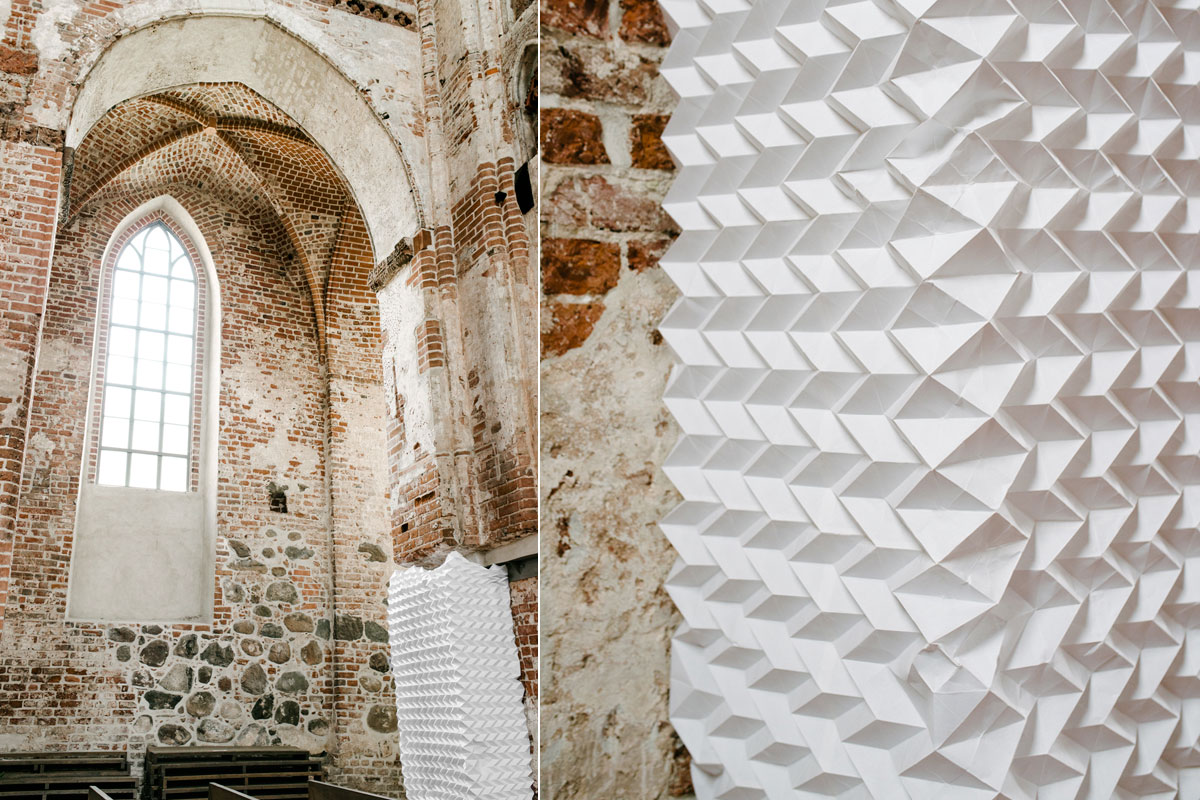 The Gothic style of architecture and the atmosphere carrying the legacy of times at Tartu St. John’s Church create a unique environment to display the art works. This environment can be described by the words clean, sacred, and open and at the same time, to some extent, the mystery. The secret veil hides the reasons why throughout the Middle Ages the church friezes were filled with several thousand modelled terracotta sculptures, which depict men and women, bearded men and youth, crowned people and the representatives of the third class. According to the historians, no parallel can be found for this gallery of one sacral building, nothing comparable is known in any of the European regions that were in any contact with the Estonian medieval architecture.

The site-specific objects made of white paper stepped into a dialogue with the architecture and sculptures of the building. The white paper surfaces created a contrast with the building’s red brick surface, the lightness and tenderness opposed with the long life of the church. I wanted to use the exhibition to create a notional time bridge with the masters of the past. The basis of the folded large-scale portraits, height 1.35 m, are the preserved portrait sculptures, which measures are to the contrary small (~20-30 cm). Who were those medieval town residents, only the masters of that time knew this. Terracotta-portraits are displayed on the wooden shelves on the wall of the church’s left side, paper portraits are seen on the right side. The dialogue continues with the opposition between materials, terracotta preserved for hundreds of years and ephemeral paper refer to eternity and perishableness. The last thought is emphasized also by the church itself. The installation as a whole was a tribute to the masters who worked with the interior of St. John’s church.