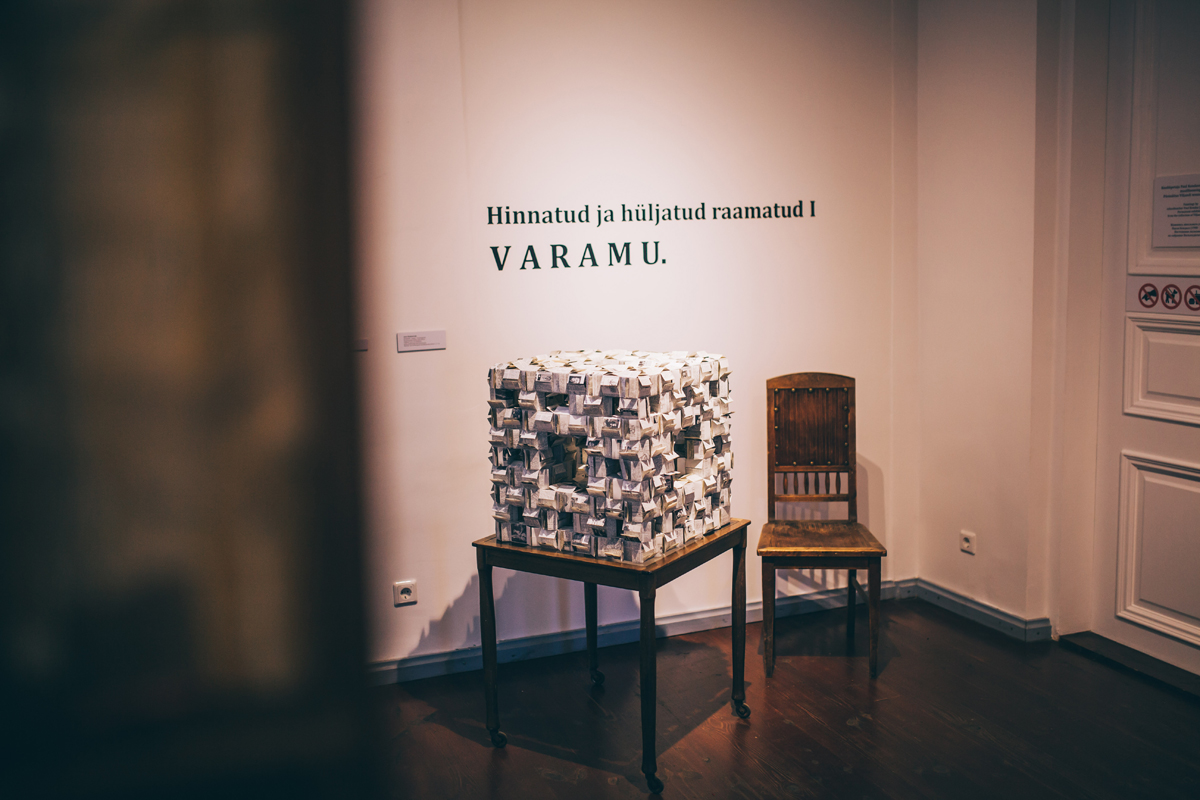 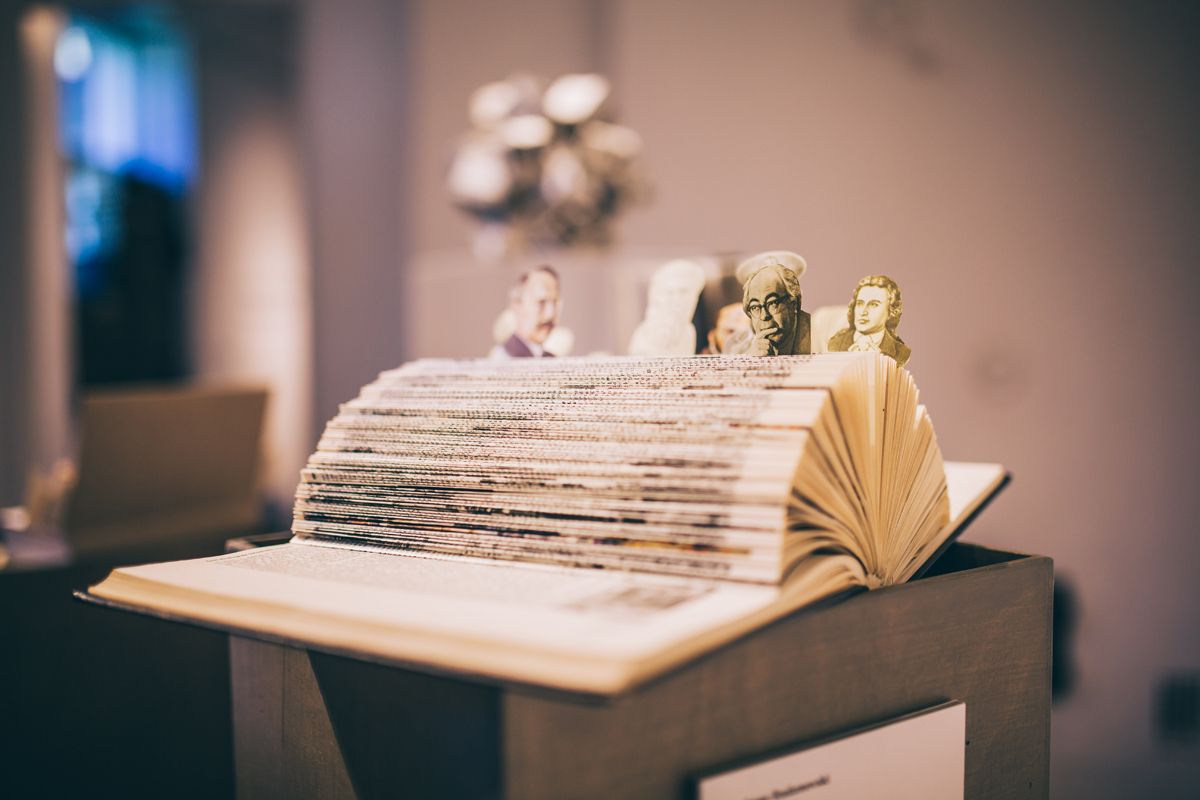 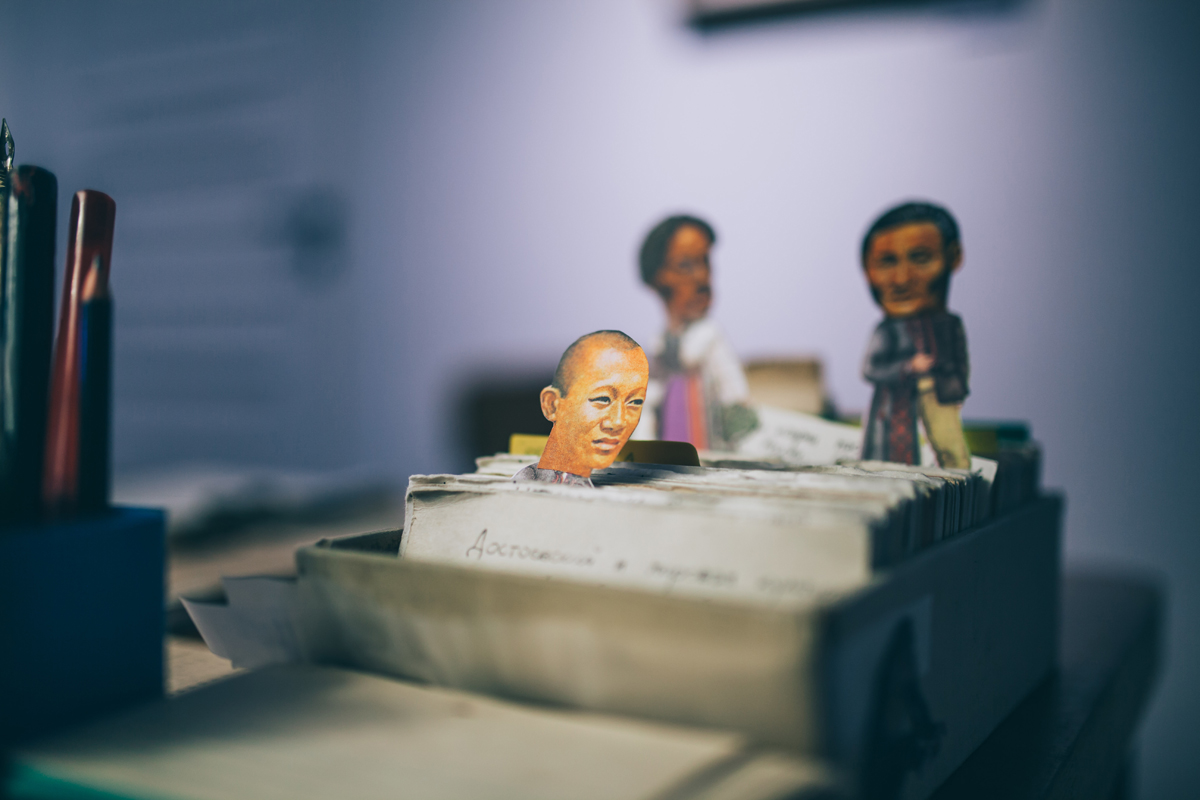 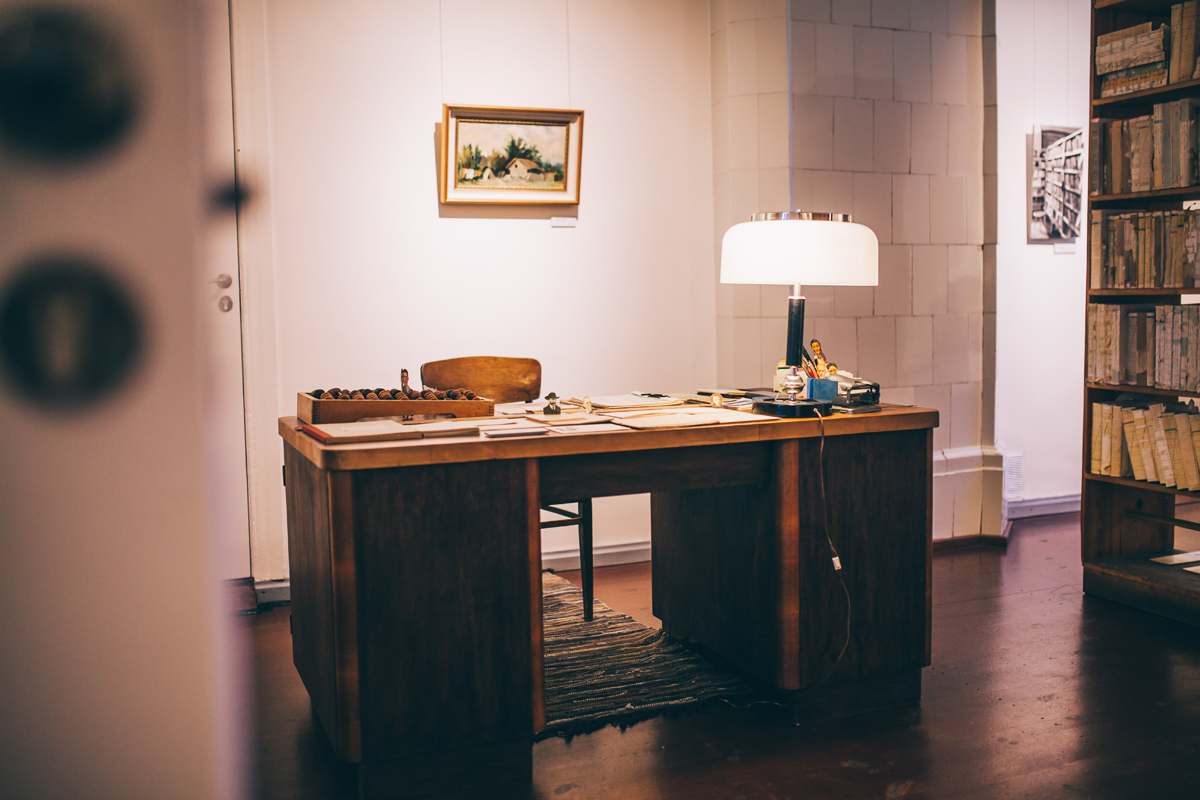 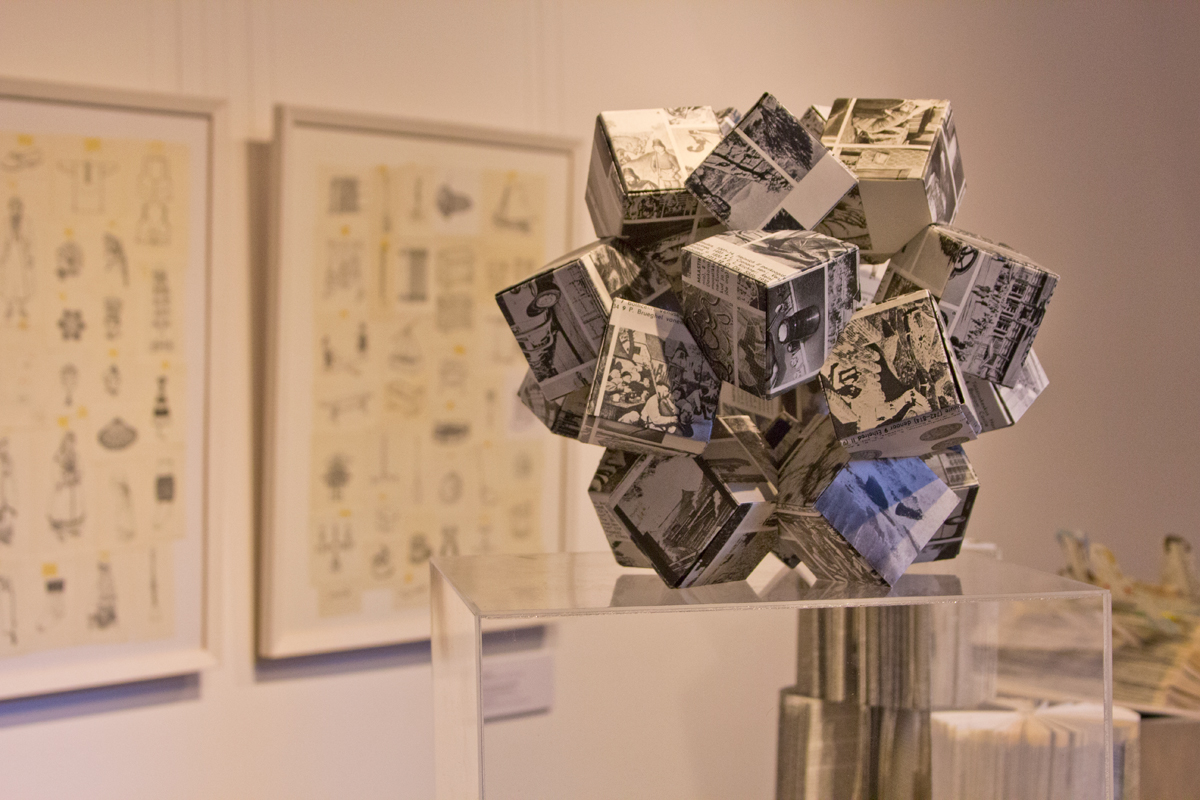 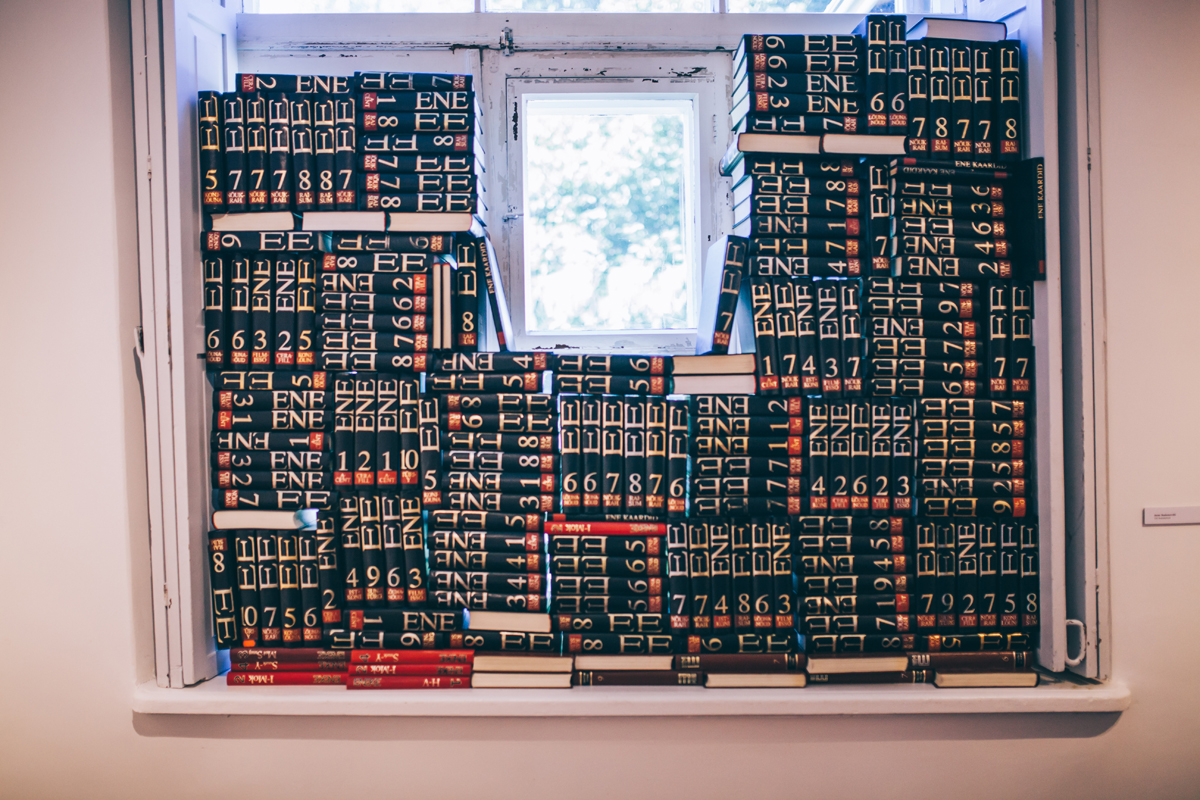 The exhibition curated by sculptor Anne Rudanovski APPRECIATED AND ABANDONED BOOKS I is the opening exhibition of a series attempting to study, and raise questions about, the meaning of the book as a format. The opening exhibition is focused on reference books. In the spotlight are encyclopaedias, dictionaries, atlases and their fate in Estonia’s brief encyclopaedic history (the first one in this field, “Eesti Üleüldise teaduse raamat ehk encyklopädia konversationi-lexikon” was published in 1900).

Due to ideological and social changes and technological development, the situation has arisen where books that contained a concise overview of the knowledge of mankind or the knowledge in a certain field of expertise have suddenly fallen out of traditional use, have lost their former role, and are now deposited in homes and institutions (e.g. the first Soviet Estonian Encyclopaedia was printed in 220,000 copies). What will become of this deposit layer around us? This conceptual art exhibition invites you to think along about the changing role of books in our lives.

The second part of the exhibition deals with the notion ‘repository’. Repository, Latin repositorium, is simply a data storage or bank. The Merriam-Webster Dictionary gives further definitions, which claim the repository may also mean a place, room, or container; a side altar in a Roman Catholic church; something that contains or stores something nonmaterial; a place or region richly supplied with a natural resource, and a person to whom something is confided or entrusted. Entering the exhibition hall, the visitor feels as if stepping into a library. This matches the concept one hundred percent, because the building of the Kondas Centre was the home of the Viljandi library for a long time (1948-2002). For years, most rooms of the Kondas Centre were filled with books, so it was a real repository. Books collected for the exhibition are like ‘ghost’ books, with no backs to identify them. Sunlight gets into the room through small openings between the books stacked on windowsills, as if through small windows. Assemblages on stands introduce us the changed meanings: the cubes folded of Soviet-era encyclopaedia pages form a Sierpinski carpet-like maze of cubes. Texts on the cubes are readable; copied and enlarged explanatory texts of selected articles hang on walls. On the librarian’s abandoned desk are encyclopaedic characters, peoples, animals, and birds of the world.